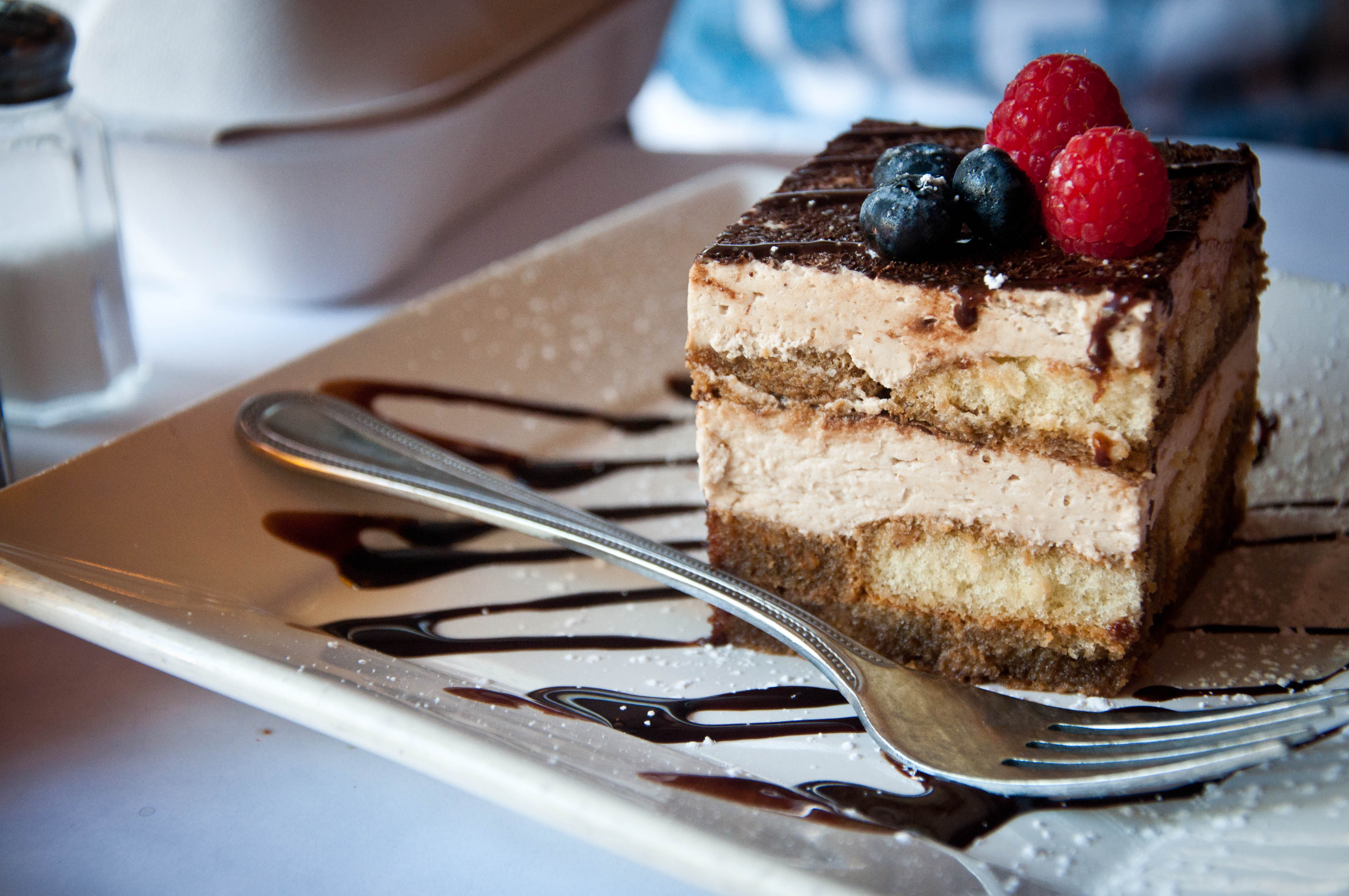 I chose tiramisu for my final integrative assignment, not just because it contains aromatic ingredients (espresso and cocoa), but because it also combines elements from all of the previous units in the chemistry half of this course: gluten formation in the ladyfingers, denaturation and coagulation of proteins in an egg white foam, the formation of cheese (mascarpone), and even ethanol if liqueur is used in the recipe. Because it contains so many different chemical components – though my chemical understanding of them has never been so extensive as it is now – I always believed making tiramisu to be a particularly impenetrable undertaking.

However, since studying Kitchen Chemistry, I can now see the dish for the parts that make up the whole, breaking it down into its basics. And in researching how the chemical components of tiramisu eventually came together to form a dish that is so deeply ingrained in national and international consciousnesses, I will hopefully come to a deeper cultural understanding of the dessert as well. In this way, I believe tiramisu is the perfect recipe to use as the culmination of my experiences with the integrative assignment, because investigation of it requires the integration of so much of the material I’ve learned in this cluster!

Tiramisu is a dessert consisting of layers of ladyfingers – long, rounded sponge biscuits – dipped in coffee, with a mixture of whipped egg whites, sugar, and mascarpone spread between them, and topped with powdered cocoa. Some variations on the dish include wine or liqueur as a component. The name tiramisu means “cheer me up” or “pick me up” in Italian.

To analyze the function of aromatics in this dish, I will first identify the aromatics which are present in it. Coffee and cocoa both contain phenolic aroma molecules. These molecules have warm and sweet smells, as opposed to citrusy and floral terpenes, and they are less volatile than terpenes as well. This means that they are less likely to evaporate quickly when cooking, and this property combined with their water solubility helps to explain why both coffee and cocoa are so commonly brewed as hot drinks. When making tiramisu, soaking the ladyfingers in espresso steep them in the aroma molecules of coffee which have been dissolved in liquid. If wine (typically Marsala, a sweet red) is used in the recipe, acetaldehydes then provide additional aromatic molecules to the dish. However, acetaldehydes are highly volatile, and thus evaporate quickly when cooked together with the coffee syrup.

Tiramisu as we know it today was invented fairly recently, and the invention of tiramisu – though many others claim it – is most commonly credited to a restauranteur in Treviso in the 1970s. Roberto Loli Linguanotto, Venetian and owner of the trattoria Le Beccherie, invented the dish in the spirit of the soft desserts he sampled while training as a cook in Bavaria. Linguanotto reimagined the dish upon his return to Italy in order to include more traditional Italian ingredients, such as espresso and mascarpone-zabaglione cream.

The mythology of tiramisu is also steeped in the history of brothels. It is said that tiramisu was traditionally served in brothels due to its aphrodisiac properties. This may be due to the dusting of chocolate found on top of the tiramisu – to make a chemical-cultural connection, the chemical tryptophan is said to be found in chocolate, which is a component of serotonin, the chemical that is released in the brain when experiencing satisfaction or pleasure. In his memoirs, Casanova rhapsodized about the aphrodisiac properties of chocolate, as well as those of oysters, of which he ate approximately 50 a day in order to boost his sexual prowess.

Though tiramisu is not a particularly historical dish, its roots are inextricable from the gastronomic characteristics – both chemical and cultural – of Italian cuisine. So many Italian eating traditions are founded on the exchange of ideas across borders, and are formed within the resulting innovations of these exchanges. Tiramisu is one such product, as the result of a literal crossing of borders between nations. And the many component chemical parts of tiramisu reflect this; it is a dessert that embodies diversity and how various parts can conspire to create a greater, transformative whole.