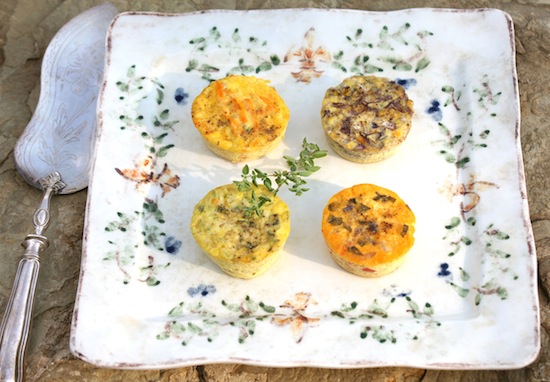 Is there thickening/setting/solidifying due to protein denaturation and coagulation? The thickening agent is the eggs, which are beaten (or lightly agitated) and then heated. The heating of the eggs denatures the proteins in them. Since denaturation is always followed by coagulation, the mixture becomes firm… 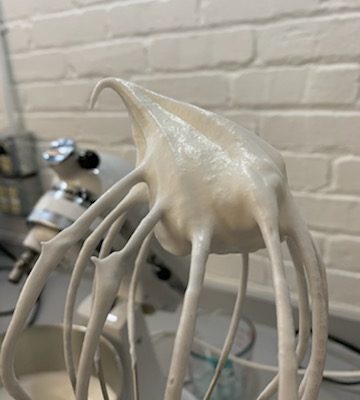 lord of the meringues

Today’s recipe deals primarily with the different chemical properties of eggs. We made meringa con zabaglione, or meringue tarts with custard and berries in English. The first step for us, and the first step in making pretty much any meringue, was to separate the egg… 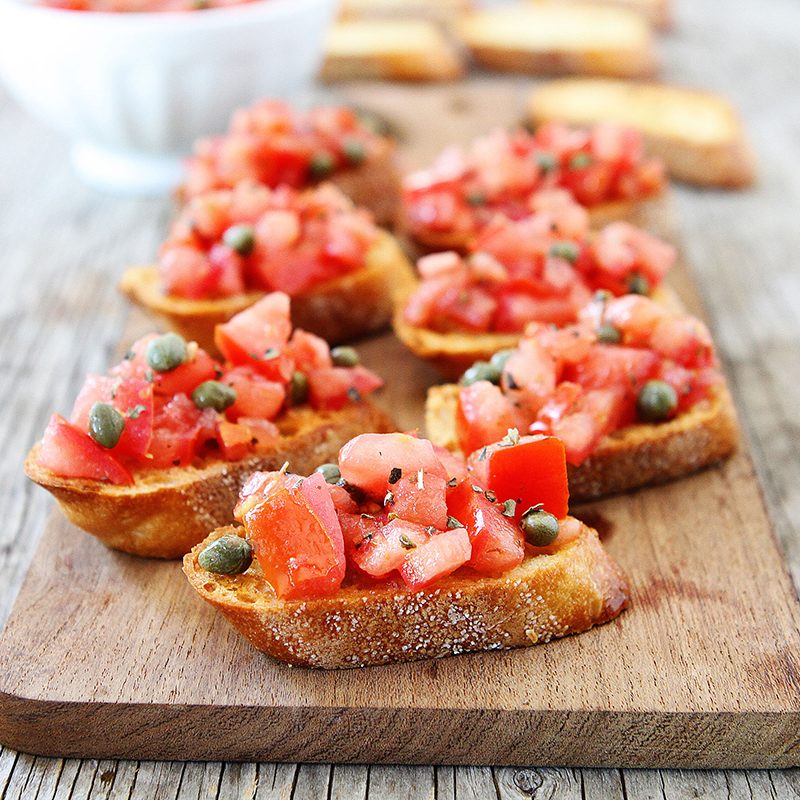 if you can’t take the heat… bruschetta the kitchen

For most of my life, I thought olive oil was as simple as anything else you can find in the baking aisle of the grocery store. It’s on the shelves directly alongside other oil products, such as canola, sunflower, and peanut oils, so I imagined it was no different from any of them. However, in this cluster, I’ve learned so much about what makes olive oil unique, not just as a substance but as a cultural product. It has physical properties that set it apart from other ingredients, and is steeped in a rich and complex Italian history as well. For this integrative assignment, I chose to explore this chemical and cultural background through a dish – bruschetta – that combines what I’ve learned about olive oil with what we’ve previously discussed about flour.

Bruschetta, pronounced bru-sketta, (seen in the photo below) is an Italian dish that’s typically served as an appetizer or snack (known as antipasto in Italy). In it’s simplest form, it consists of slices of toast rubbed with garlic and topped with olive oil. Bruschetta toasts may also be topped with tomatoes, vegetables, meat or cheese. Origins of the dish date back to ancient Rome, where it was developed as a method of saving bread that was going stale.

While bread consists primarily of carbohydrates, olive oil is 100% lipid in composition. Lipids, also known as fats, are hydrophobic macronutrients that consist of triglyceride molecules – three fatty acid chains attached to a glycerol backbone. In particular, olive oil is an unsaturated fat, which means at room temperature it takes on a liquid state.

The smoke point of olive oil, especially extra virgin olive oil, is relatively low. Heating extra virgin olive oil above the smoke point will create unpleasant flavors in a dish, and it could also make the oil more liable to combust, so it’s not especially suitable for frying with. Lower-grade olive oils are more appropriate for cooking with at high heats, but finer grades are better suited as accompaniments to a meal. Bruschetta is a good example of olive oil being served alongside something else – it consists of toast rubbed with garlic and dipped in oil.

The word bruschetta comes from the Italian word (in Roman dialect) for “to toast,” bruscare. The dish’s origins can be traced back to Ancient Rome, as it was a practice used by olive oil makers to test their freshly-pressed olive oils using the bread as a vehicle with which to taste them. Bruschetta is the product of Central Italy, but all regions have had or have since developed a variation on the dish. For example, in Tuscany, bruschetta consists of toast topped with olive oil alone (no other toppings) and is known as fettunta. And in Abruzzo, bruschetta is eaten with a kind of salami paste called ventricina. Though regional differences in bruschetta toppings exist, the practice of dipping bread into oil to make it edible in spite of staling is a widespread one, and was most likely developed concurrently in many regions at once – as was the practice of using bread or toast as a plate for other ingredients, which is also how pizza came to be.

Bruschetta is a starter dish or appetizer, also called antipasto in Italian. It is served as a heavier starter, after the first, which is known as aperitivo and typically consists of wine and light snacks. The Italian formal meal structure is marked by a series of courses – after aperitivo and antipasto, there comes primo (first course), secondo (second course), insalata (salad), formaggi e frutta (cheese and fruit), dolce (dessert), and digestivo (a coffee/espresso course). This is very revealing as to the importance Italian culture places on food and in what ways. For example, the combination of cheese and fruit as an entire course is something we’ve discussed in class before, and the pairing of cheese and fruit is culturally significant enough to have idioms that center around it.

The implications of bruschetta as a combination of oil and bread are both chemical and cultural. To start, there are two major macronutrients at play in the dish, carbohydrates and fats. With the addition of toppings such as salami, there can be an added component of protein as well. Though the ingredients of bruschetta are simple, it’s also an incredibly versatile dish, which can deliver multiple types of nutrients at once. This chemical versatility translates directly into its cultural versatility, as a meal that was invented out of necessity – the need to find an interesting and satisfying way to consume bread that is about to stale. Regional variations complicate what appears to be a simple dish, as the toppings that are added to bruschetta in various localities reflect the culture, climate, and lifestyle of the area.

Additionally, bread and oil are two products with marked significance in Italian culture that have been carefully cultivated over time. The Romans used agricultural products such as bread, oil, and wine to distinguish their cuisine from that of the German “barbarians,” whose diet reflected a hunter/gatherer society: meat, cheese, etc. Chemically, this barbarian diet would consist of high amounts of protein and animal fat. While bruschetta contains fat as well, in the form of olive oil, olive oil fat is unsaturated while animal fats are saturated. Because saturated fats typically come from meat products (with the exception of coconut oil), while unsaturated fats are typically found in grown produce and oils pressed from plants, a diet heavy in unsaturated fats would actually reflect a more “civilized,” agriculture-based society. In this way, chemical composition and cultural understanding of diet are inextricable from one another.